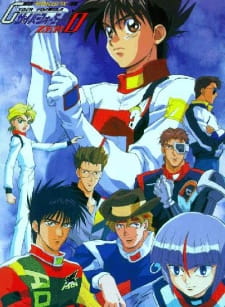 Plot Summary: A freak accident during the 12th Cyber Formula World Grand Prix causes Hayato Kazami to miss the rest of the season, and critically injures both his body and his will to continue racing. Hayato's longtime friend, Asuka Sugo, helps nurse him back to health, and in return he proposes to her and promises her that he would never race again. But as time goes on, Hayato begins to doubt whether he really wants to retire, and decides to make a comeback after all. And with the 13th Cyber Formula World Grand Prix now underway, he must struggle to regain his racing form; regain the trust of Asuka, whose promise he broke; and thwart the malicious intents of Henri Clayton. All the while, the reason behind Hayato's accident begins to unveil itself: the "Zero Zone.".